LIFE MEMBERS AND PAST COMMODORES 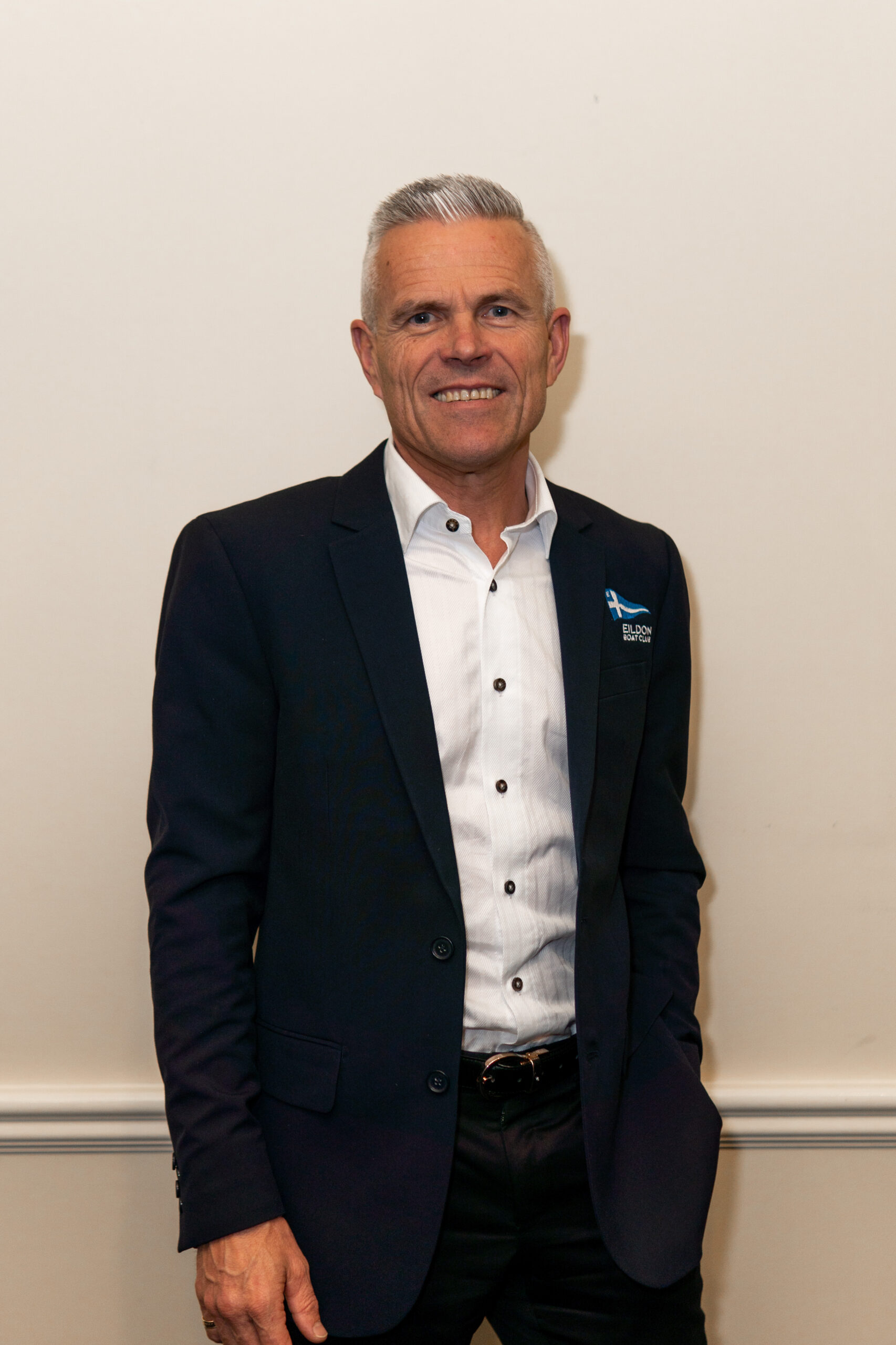 Lindsay began his association with the Club in 2008 along with his wife Debbie and 5 children when they bought their first houseboat “Electric Blue”.  They are all avid lake and EBC members and all share a joint passion for the Lake and EBC.

He and his family have only owned three boats in their time on the lake, to date.  The most recent being “Amethyst” launched in 2019 and before that “Eze’’ formally “Knockout” which was originally launched in 2012, and then re-furbished in 2016, and then purchased by fellow EBC Director Brad Horwood.

Lindsay accepted the invitation to join the Board in 2016 and is the current Vice Commodore as well as holding the  Membership Portfolio.  A company Director since 2006, he is now an Executive Director of an ASX listed public company “Johns Lyng Group” as well as being a Director in a number of privately owned companies including “Club Home Response” and “Retail Prodigy Group.”

Lindsay brings a strong commercial sense, along with an operational and strategic skill set honed over many years in the Construction Industry.  He initially commenced with a Civil Engineering Degree, complemented with sound corporate governance and audit practices and an underlying drive for continuous improvement especially in the area of Work Place Health and Safety, while all the time looking to ensure we maintain our attention and outcomes to delivering a first class EBC member experience. 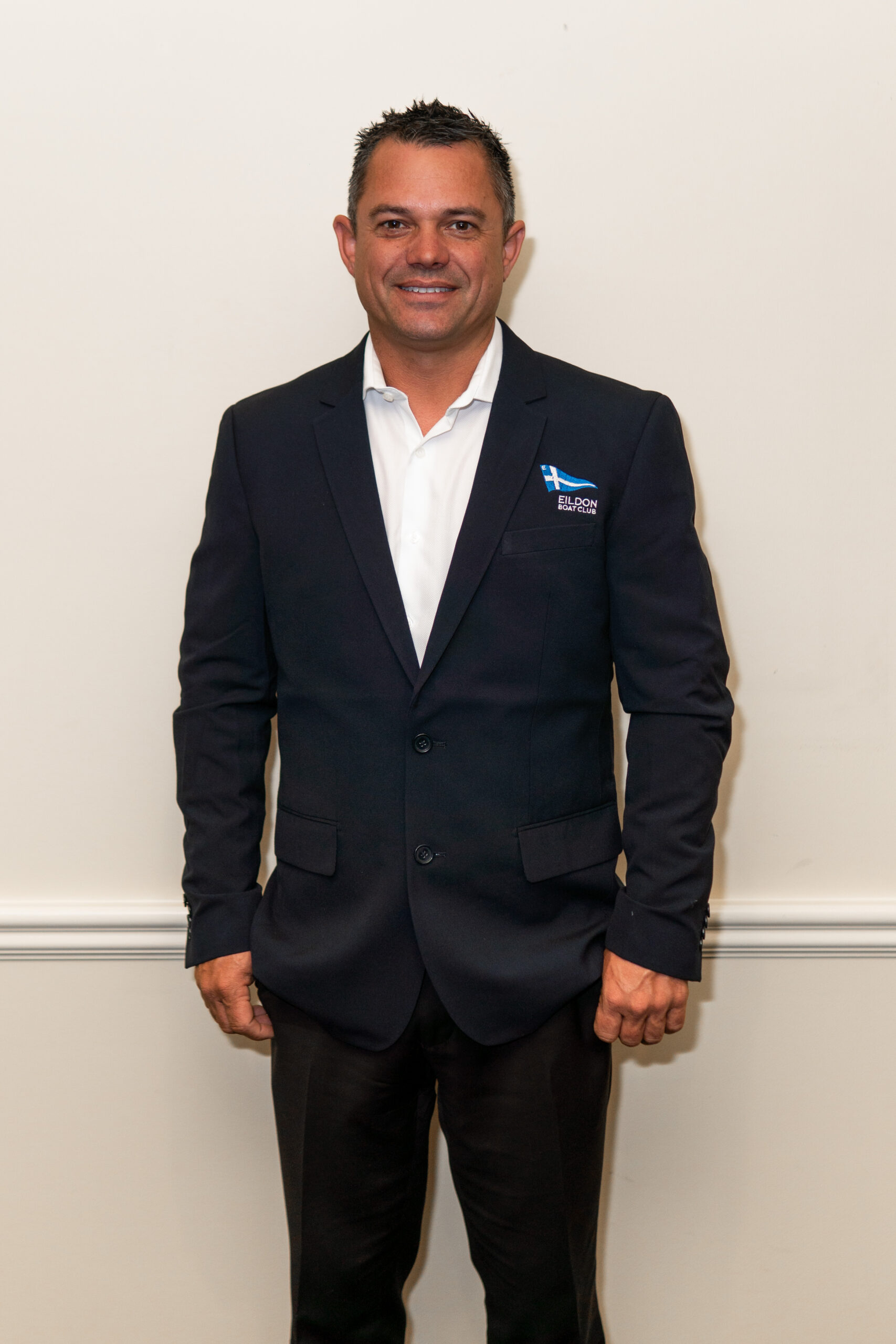 David began his association with Eildon around 1983 when his father bought a houseboat and has been visiting lake Eildon ever since.  David has now owned two houseboats on lake Eildon with the most recent being ‘Toy Kingdom’ previously known as ‘Last Resort’.  David, his wife Nikki and two children Ashton and Bailee are enthusiastic members and visit the lake regularly.

David is the director of his company Blinds in Mind which is a well-established Melbourne sun blind company.  David accepted his invitation to join the board in July 2017. David is the current Vice Commodore for the EBC Board and has the On Water Assets Portfolio’s.

He brings a welcoming family atmosphere to EBC with a wide range of social activities to suit all age groups of EBC members and their families as well as providing general governance. 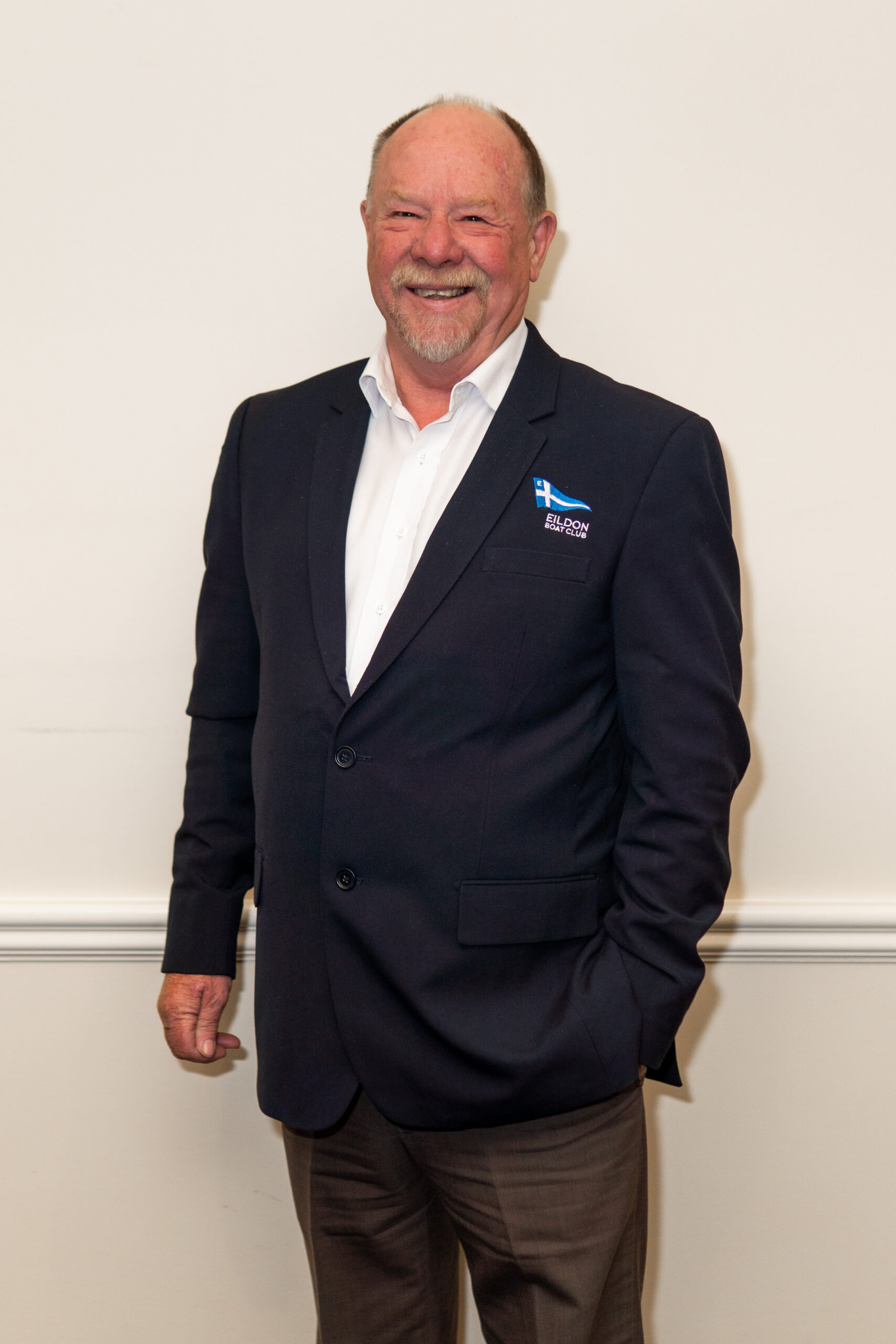 Tim joined the Board in 2017 taking on the Legal and Policy portfolio.  A month later he also took on the Honorary Secretary role.

Apart from a camping trip at Jerusalem Creek aged 7 Tim didn’t discover Eildon again until he was doing first year law in the 1970s when he enjoyed a week’s fishing on a cabin cruiser moored on a swing mooring at the Boat Club.

In the mid 90’s he started hiring houseboats from Peppin Point and became hooked on houseboats.

In 2001 he, his wife Bronwyn and family started looking in earnest for their first houseboat.  Easter 2002 saw them purchase their first houseboat Dunaff Head at Jerusalem Creek.  It was an easy purchase as Bronwyn was in Sydney where their son Emmett was competing in the national kayak races.  In June 2006 they joined Eildon Boat Club.  Easter 2008 saw a need for a boat upgrade and along came ‘Esprit’.  Then too, eventually came the GFC and they were privileged to own two houseboats for four years.

The family love what houseboats offer, and they enjoy the lifestyle immensely.  Their son Gareth and wife Coby, Travis and his wife Jess, Emmett and his wife Shaina (who met on the lake as Shaina’s Dad then owned ‘Under Seige’), their daughter Adele and their 10 grandchildren aged 7 and under join them on the lake whenever possible.

Tim is the Principal of Mepstead Lawyers established in Melbourne in 1985 and now operating in Pakenham and Yarra Junction.  Tim has been actively involved on committees since his days as a first-year law student. 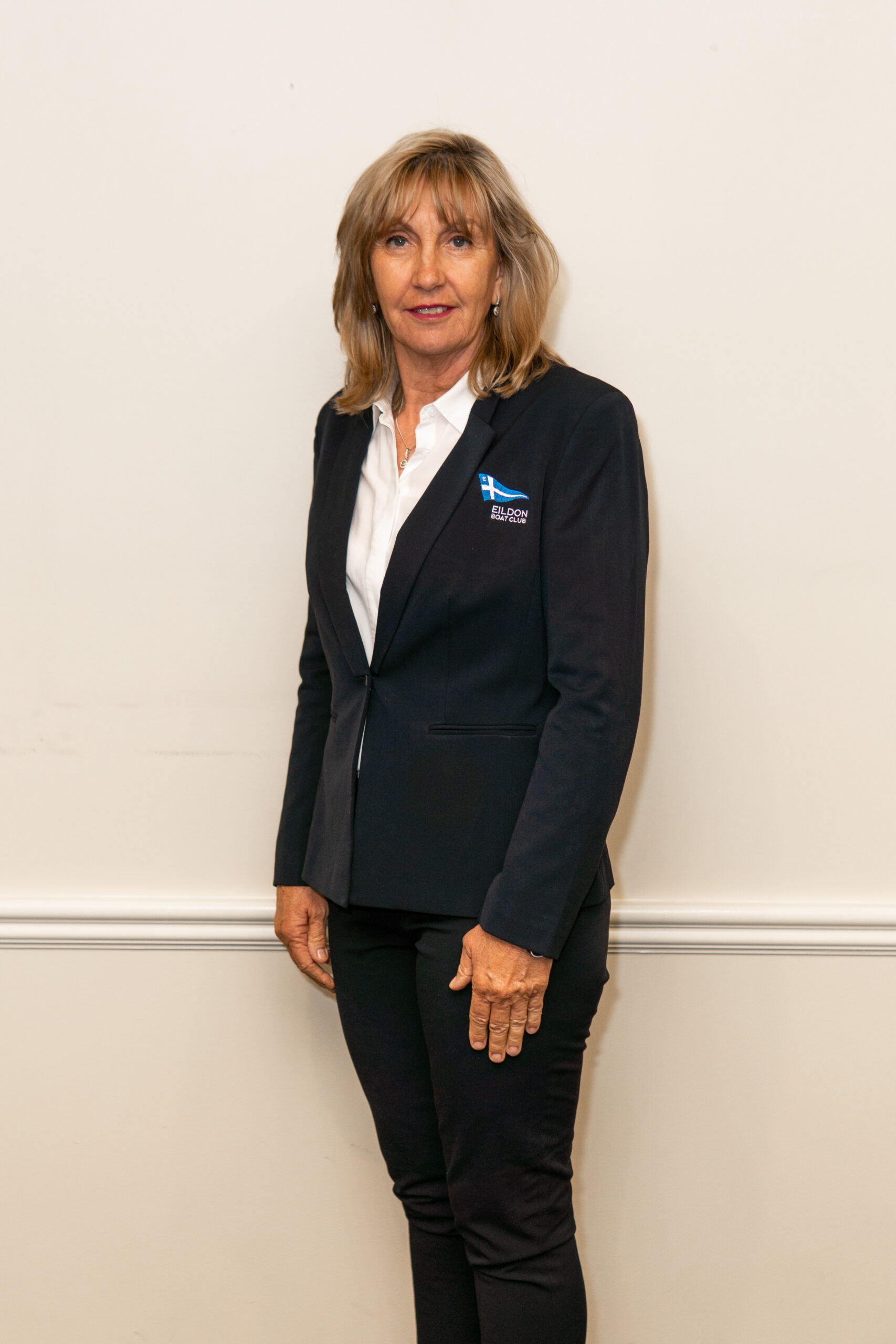 Pam first visited Lake Eildon to camp in the late 1970s. Then, together with her husband, Gary, and their three children, they began hiring houseboats in the early 2000s. Pam and Gary bought their first houseboat, Rumours, and became a member of the EBC in April 2012.Since then they have bought Allegria and renovated it to become Mambo.

Pam has a love of the outdoors, and Lake Eildon is the perfect location for immersing herself and her family in nature. Her pastimes at the Lake involve a lot of bushwalks as well as the usual pursuits on the water.

Pam has spent 20 years teaching with the Education Department in various schools, mostly in the role of Specialist Phys Ed teacher. She has held leadership positions and been included in numerous local council and educational committees. Later, she retrained to become a Licenced Builder in the state of Victoria and ran her own successful Property Development business.

Now, with more time on her hands, Pam has interests in travel, mentoring, the environment, the AFL men and women’s Bulldogs club, and now a keen interest in the EBC.

Pam brings another viewpoint to board discussions, has a strong belief in transparency, communication and good governance. Her overall focus will be on what’s best for members now while looking to the future to keep the Club sustainable for generations to come. 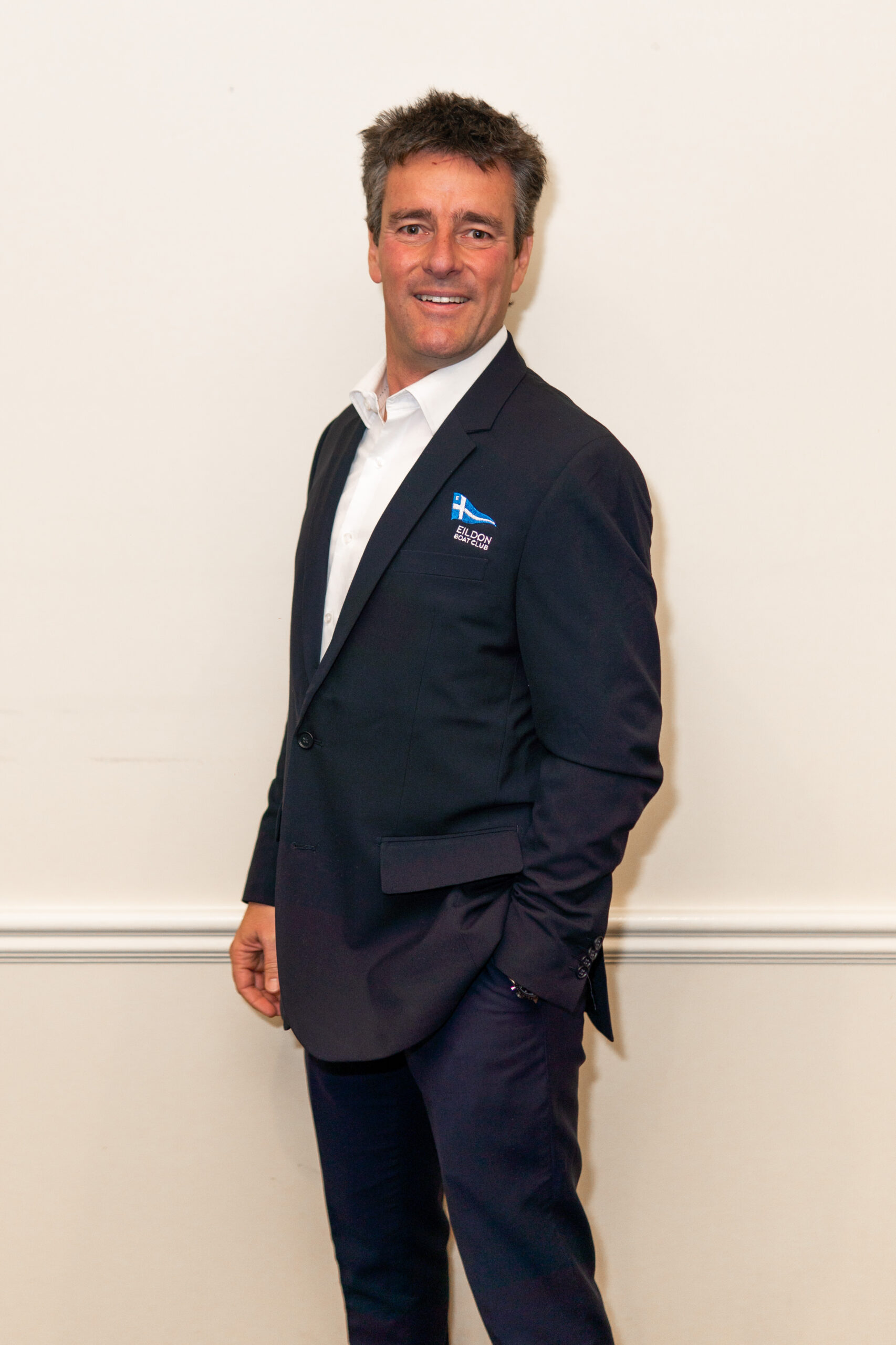 Rob began his association with the Club in 1972 (aged 4) when his parents bought their first houseboat. He has been connected with the lake ever since, and has introduced his wife and three sons to the lake and EBC, and all now share his passion.

An experienced company Director since 1993, he is now a director of a number of privately owned Australian Travel Companies, the most recognised being APT Touring and Cruising. He has previously served on several UK based and also multi ownership travel companies, and charity Boards.

Rob brings a strong commercial sense, sales and marketing inclination, sound governance practices and an underlying drive for constant improvements, while focusing on maximising benefits for the end user – the EBC Member. 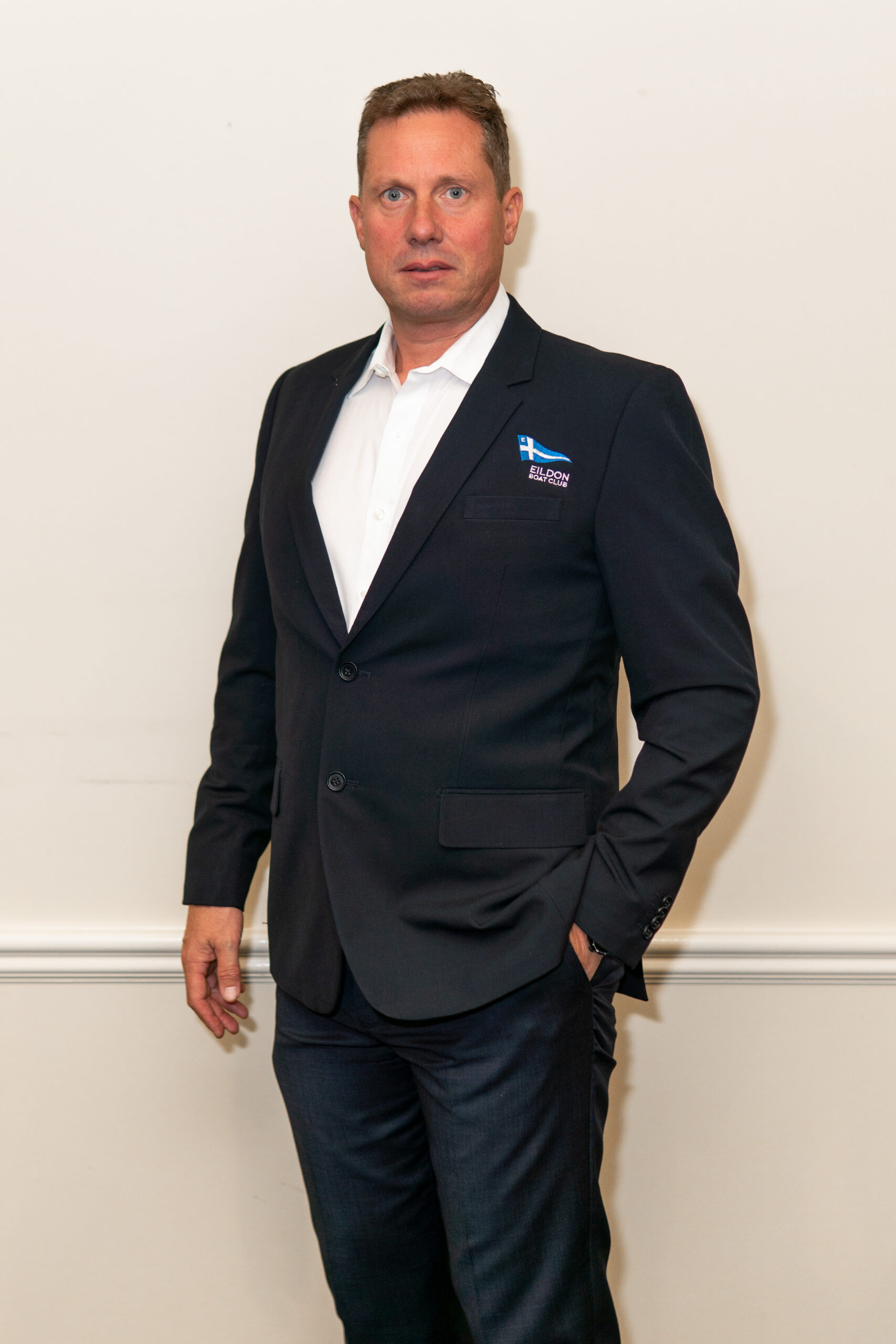 Michael joined the Eildon Boat Club as a Family linked member as the son of Henry (former Commodore).  He became a full member in 2005 when he built his first Houseboat.  Michael was invited to join the Board of directors in 2010.

He has held several portfolios during his time on the Board including Policy and Legal and Membership, but the majority of his time has been working on assets and operational portfolios.

Michael brings to the Boardroom a great understanding of the history of the Eildon Boat Club, particularly from an operational level.

Rob began his association with the Club in 1972 (aged 4) when his parents bought their first houseboat. He has been connected with the lake ever since, and has introduced his wife and three sons to the lake and EBC, and all now share his passion.

He and his family have owned three boats in his time on the lake. The most recent being R&R which launched in 2012, and was extended to 60’ in 2017. Rob accepted the invitation to join the Board in 2013 and is currently serv ing as Club Commodore.

An experienced company Director since 1993, he is now a director of a number of privately owned Australian Travel Companies, the most recognised being APT Touring and Cruising. He has previously served on several UK based and also multi ownership travel companies, and charity Boards.

Rob brings a strong commercial sense, sales and marketing inclination, sound governance practices and an underlying drive for constant improvements, while focusing on maximising benefits for the end user – the EBC Member.

Owner and Director of DTE Electrical Services. Brad has been visiting Lake Eildon since he was a young child spending many holidays on the Lake with his family.  In 2010, his parents, Godfrey & Jakki bought the houseboat, “Illusive” and joined EBC.

Since that time, Brad has spent nearly all his holidays and free time at Eildon, gaining many friends, attending numerous social events and even meeting his current partner Brooke on the lake three years ago.  Brad became involved in the club’s operations five years ago when he provided electrical maintenance for the Club and joined the Social Committee about 4 years ago.

As a younger full member of EBC, Brad is keen to work towards improving engagement with the younger members of our Club.  Through his position on the Board he wants to have a larger impact on the Club and its future.